Patrik Svensson’s The Gospel of the Eels is the winner of the Taiwanese Open Book Award 2022 for Best Lifestyle & General Non-Fiction Title!

The Gospel of the Eels was first published in 2019 as Patrik Svensson’s debut, shedding light on the world’s most enigmatic fish. It became widely successful internationally and translation rights have been acquired for 38 languages to date.

Established in 1989 by China Times’s literary supplement, Open Book, this eponymous award is widely considered the most influential book award in Taiwan.
Each year, books in various genres receive this award, including fiction, non-fiction and children’s books.

For the first time in ten years, the Riverton Club awards its honorary award for international authors (“The Golden Revolver”) and it goes to Håkan Nesser!
The Riverton Club is a society for crime literature that was founded in 1972 to promote Norwegian crime. Previous winners of the national award include Jo Nesbø, Jørn Lier Horst and Karin Fossum.
The international prize has only been awarded 6 times before to Tage la Cour, Ruth Rendell, P.D. James, Ed McBain, Maj Sjöwall, and Henning Mankell.

Nesser’s books are original and charming, with a sophisticated humour, something that makes him a non-traditional crime author. How he depicts human tragedies while keeping up the warmth of the dialogues, attests great storytelling.
Håkan Nesser challenges and expands the framework of crime. His plots are surprising, impossible to predict and well-written. Simultaneously, he hits the reader on an emotional level. Creating a believable and put together character gallery, means that the reader engage strongly in the lives of the characters.
Love, revenge, growing old, sickness and death, belief and philosophy are all depicted with subtlety and wit. Crime can be a golden tool to write about the human existence, and Nesser often plays on failing love and infidelity as devilish driving forces. When a person is under pressure and want to hide the truth, they can step over dead bodies to save themselves or the people closest to them. 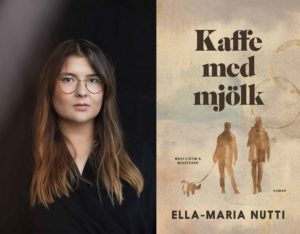 Our warmest congratulations to Ella-Maria Nutti on being awarded the Umeå Cultural Committee’s Scholarship for Cultural Practitioners 2022! The Committee recognizes two individuals each year for their contributions to the arts, with two awards to the value of 20,000 SEK each year.

The Committee’s statement on the award:
‘Ella-Maria Nutti is awarded the cultural committee’s scholarship for cultural practitioners in 2022 for her work as a novelist. In her debut novel, COFFEE WITH MILK, we see a young and promising authorship taking shape. Nutti’s book addresses the difficulties of family relationships. It is specific, but also universal, written with a sensitive hand/pen. Nutti’s continuing path as a writer will be an exciting journey to follow.’

COFFEE WITH MILK was published in February this year by Wahlström & Widstrand and foreign rights are represented by Bonnier Rights. Contact Johanna Lindborg for further information and material.

Bonnier Rights are thrilled to let you know that Donia Saleh is nominated with her YA LEILA to Sweden’s most two prestigious award for debuts, Borås Debutantpris and Katapultpriset.
⁣
YA LEILA is a lyrical wonder which captures the zeitgeist, and if you haven’t read it yet, you should. Donia is definitely someone to watch 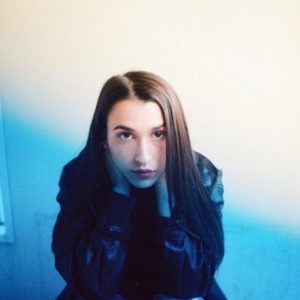 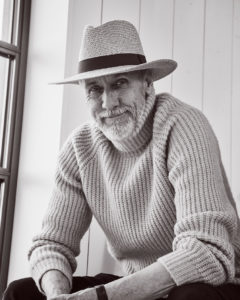 The book has previously won the August Prize for Fiction in 2018, Studieförbundet Vuxenskolan’s Fiction Award, Ordfront Award for Democracy, and Svenska Dagbladet Prize for Literature. It was also shortlisted for Swedish Radio’s Poetry Prize.

In Aednan, Linnea Axelsson narrates the story of three generations of two indigenous Sámi families in northern Sweden, whose fate mirrors Sámi history from the beginning of the twentieth century to the present day.

We join the struggling family as they herd their reindeer towards summer pasture on an island in northern Norway. None of them can imagine that soon enough the Norwegian border will be closed to them, that they will be forced from their home, and future generations will encounter altogether different challenges. Piece by piece, an emotional landscape emerges as the families lives are impacted by Sweden’s colonial policy.

The Sámi people are the indigenous pastoral people of the north, their lands spanning the far northern tips of Norway, Sweden, Finland and parts of Russia, and who traditionally make their living from herding reindeer.

Ædnan is the traditional northern Sámi word for ’land’, ’ground’, or ’earth’.

Tweets by BonnierRights
🐺 A pack of books: just a few international edi