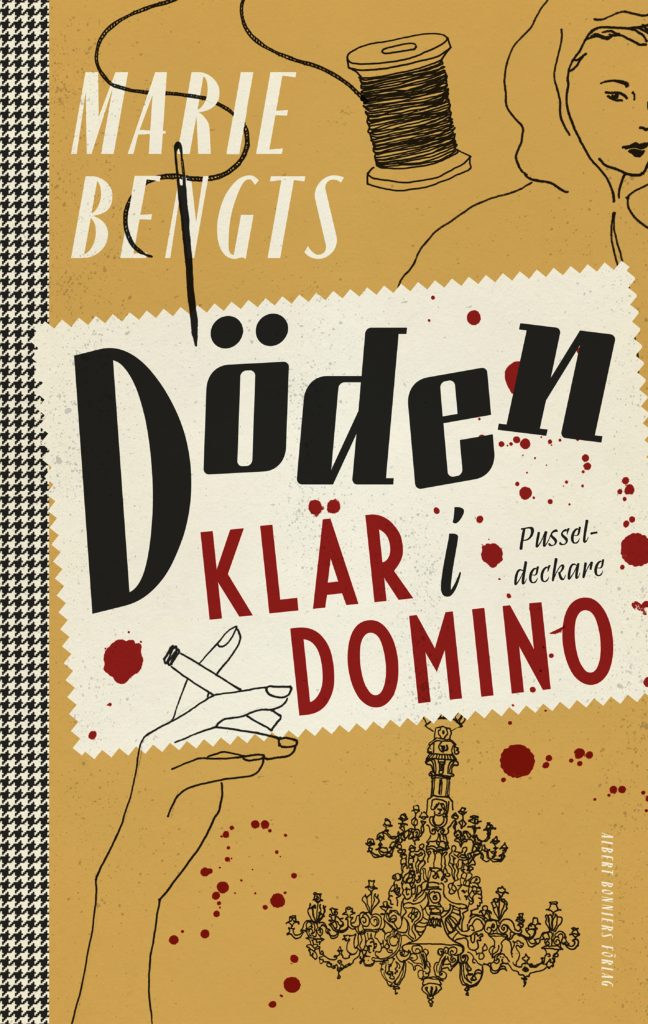 It is autumn 1957 as Hannah returns to work after the summer holidays. Her new employer is the famous designer Gustav Leijon, who is putting on a fashion show at the Royal Opera dedicated to the recently departed Christian Dior. Hannah’s joy is short-lived, however, as her assignment is to sew thirty capes that won’t even feature in the event.

Then, the Opera House receives a death threat targeting Gustav Leijon. Hannah is intrigued, but the threat is quickly dismissed as a publicity stunt after the information is leaked to the press.

The big day arrives and all the great and the good arrive for the show. Suddenly, a masked man wearing one of Hannah’s capes bursts in and fires at a man in the audience. When the police arrive on the scene, Hannah is reunited with an old police acquaintance, Johan Holm, and is asked to assist in the investigation. Who better than Hannah with her knowledge of behind-the-scenes to help solve the case?

DEATH IN DISGUISE is the second stand-alone instalment in Marie Bengts’ praised Seamstress Investigates series. Her delectable trademark style of classic mystery will immerse readers in the 1950s, emulating her own favourite authors, Agatha Christie and Maria Lang, with her social commentary on women’s station, both in the 50s and today.

The first book, DEATH BY SCISSORS (2017), sold more than 17 000 copies. The books can be read completely independently.

‘It is only really in exceptional cases when a second book in a series is better than the debut, but Marie Bengts has become even better since DEATH OF SCISSORS…It’s like reading a really good Maria Lang, but sharper.’
— Dagens Nyheter

‘This is pure entertainment…it’s impossible to put the book down… Now her readership is waiting eagerly for the next case for miss
Hannah Lönn.’
— Norrköpings Tidningar