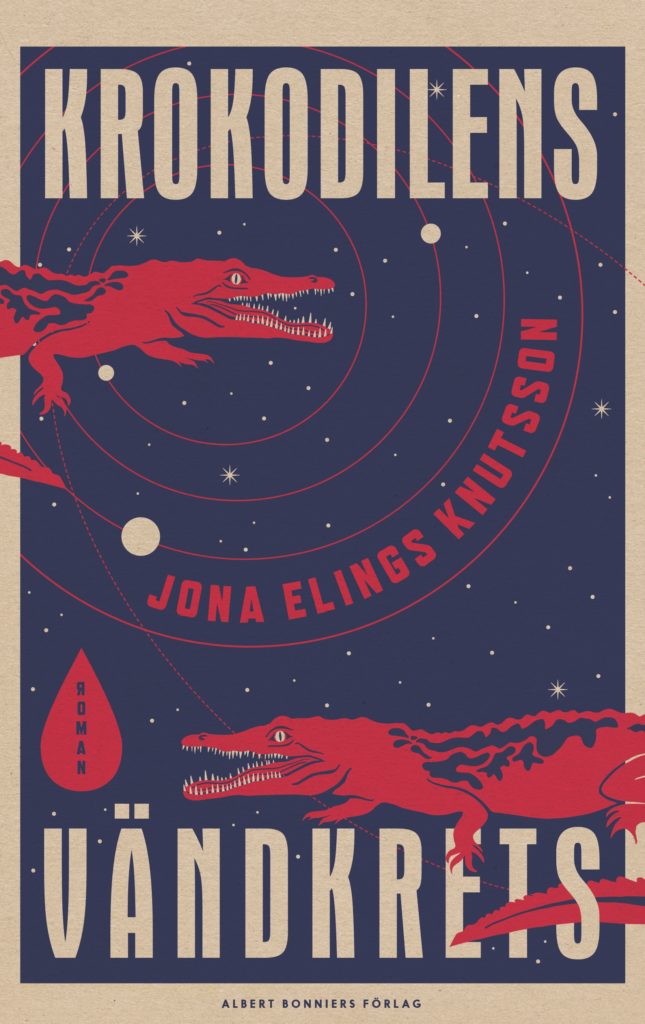 In this wondrous and imaginative novel, crocodiles gifted by Fidel Castro occupy a small Soviet bathtub, a woman battling crippling grief daydreams about space travel, and a mother of two makes murderous plans in her battle to survive.

Present day Stockholm. Malin is trying to work through her grief and longs desperately for her estranged mother to comfort her the way she used to do when Malin was a little girl. While other children were read nursery rhymes, Malin’s mother would tell her stories about space—of famous cosmonauts, distant stars and space volcanoes. Now, with only herself to rely on, Malin thinks back to a particular story: Vladimir Shatalov, the thirteenth cosmonaut in space who lived in Star City, while his wife Yonova endures the day-to-day life in a cramped Moscow flat with their two teenagers, food shortages, and two growing crocodiles in the bathtub. Malin starts writing Yonova’s would-be life story, as a way to make sense of her own place in the world.

The novel is made up of two narratives, the stories of two women whose battles differ, but who are bound together by their shared experiences: the absent husbands who define them, shameful secrets that must be kept, and the shared humiliation of their female bodies.

In the vein of Leni Zumas’s Red Clocks and Swedish literary sensation Lina Wolff, the author fearlessly explores the contours of the female experience.

Debut author Jona Elings Knutsson’s TROPIC OF CRODODILE is both a raw and touching depiction of loneliness and longing, and a darkly humorous saga, partly based on real events, that will take the reader from Stockholm, to Moscow, and all the way to the stars.

‘This is the story of a cosmonaut wife’s everyday life, living with crocodiles. A life where love is colder than space itself. Jona Elings Knutsson’s novel is both atmospheric and funny.’