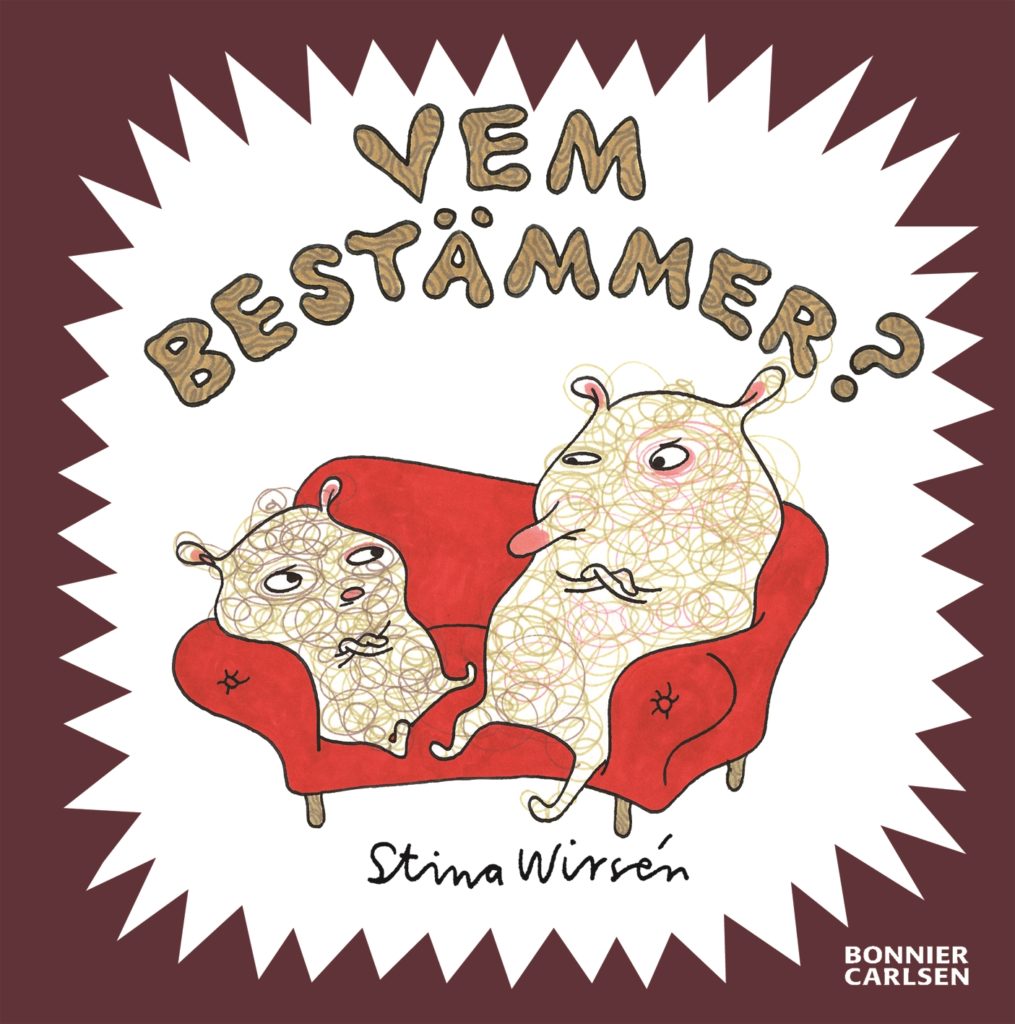 In this book we meet the teddy bear from Who’s Angry? and the teddy’s mummy or daddy – we’re not sure which. When the book begins, they’re sitting on the sofa, reading. “Look! A little teddy bear. And a big teddy bear. They’re reading. It looks cosy.” But by the very next picture, the trouble begins. “They’ve finished the book. It’s time for bed. That’s what the big bear thinks. No, that’s wrong! They can just go back to the beginning of the book! That’s what the little bear thinks.” And so it goes on. They need to go to sleep, and in the morning they’re supposed to have breakfast, and every time there’s a problem. The little bear thinks one thing, the big bear something different. Both of them have to learn to give and take, and somehow they sort everything out, despite arguments and lots of tears.

Who Decides? is a little book about big feelings. It deals with a highly topical theme at a time when supernanny is so often needed to sort out problems, and we are beginning to question whether we do too much for our children. Stina Wirsén captures both the comic and the more difficult aspects of the situation in a masterly way, both in her text and illustrations. The book is aimed at the very young – it looks very simple, but with great finesse and accuracy Stina Wirsén finds those small nuances which make the book a powerful adventure!

Stina Wirsén has her own small series of books for very young children – “A book for the very small”. Two titles appeared in 2005: Who’s Angry? which was nominated for the August Prize, and Whose Trousers? Both books received glowing reviews, and were designated as leading books in the Children’s Book Club.