June – a time for hope and renewal in the agenting world 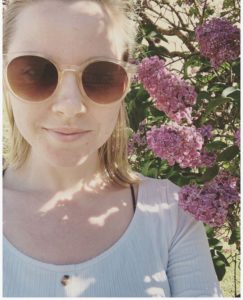 This time of year is really something special. In Sweden, we call it “mellan hägg och syrén”, the magical time of early summer between the blooming of the bird-cherry and the lilacs when the trees are most lush, dreams of having a summer that will make up for 9 months of darkness are still intact, and the freedom of a long holiday is looming just behind the riverbend (unless of course, you are allergic, then it’s unfortunately mostly known as sneeze season).

In our business, it’s also a time to look forward to the autumn season, planning new submissions, editing inspiring material from the authors, mapping out the intricate schedule of available translators, and optimizing every detail that we can control. Simultaneously, we are wrapping up the spring season – filling holes in our list of submissions, discussing what lessons that we can learn from the previous season that we take with us to the next, and hopefully celebrating the success of a job well done since it’s so important to pat ourselves on the back a bit too.

Normally, this time would also mean that we have a bit of a breather, closing down the intense fair season and moving into a more regular pace – but as absolutely no one needs reminding of, this spring has not been anything close to normal. Last year, I had just arrived home from Paris where the Swedish Institute had gathered French publishers, translators, and Swedish agents for a beautiful day of speed-dating, lectures, laughs and coffee in their spectacular garden. Sitting there, we had time to talk at length about their specific tastes, their favorite novels, their dream projects, and how our titles would fit into their lists.

Those are my favorite moments in this rather strange business, that is still so dependent on face to face meetings; more than the busy, frantic fairs where everyone is trying to find the next big thing, and more than the zoom meetings and long, personal emails that we fill our time with otherwise. There is no better way to enthuse someone about a book than to show your own enthusiasm, and although it’s difficult to measure, I’m sure that the non-verbal communication that happens in those meetings is integral to our business.

As we are all slowly settling in our new ways after the first wave of initial shock, the tempo is rather going up now in June than down. Thus, we are still going full speed ahead: continuing to update, submit and remind all the wonderful international publishers about our strong spring list, with titles that deserve the attention that they normally would have gotten during fair season. Our updates are even more enthusiastic, even more strongly worded, and take double the amount of time and effort than they otherwise would have done. Emails don’t have body language, after all.

Even more so important then, that we go outside and literally smell the flowers, to clear our minds, find inspiration, and dream of better times – or even just normal times – in this most gorgeous season of the year. At least, it’s my new morning routine, and I have to say that the lilac has never smelled better.